The test-mule, spotted in the state of Tamil Nadu, bears UK registration number plates. According to a report, the said variant is powered by a 2.0 litre turbocharged petrol engine that produces 240 PS (237 hp) of power and 340 Nm of torque. This engine sends power to all four wheels with the help of a 9 speed automatic transmission. 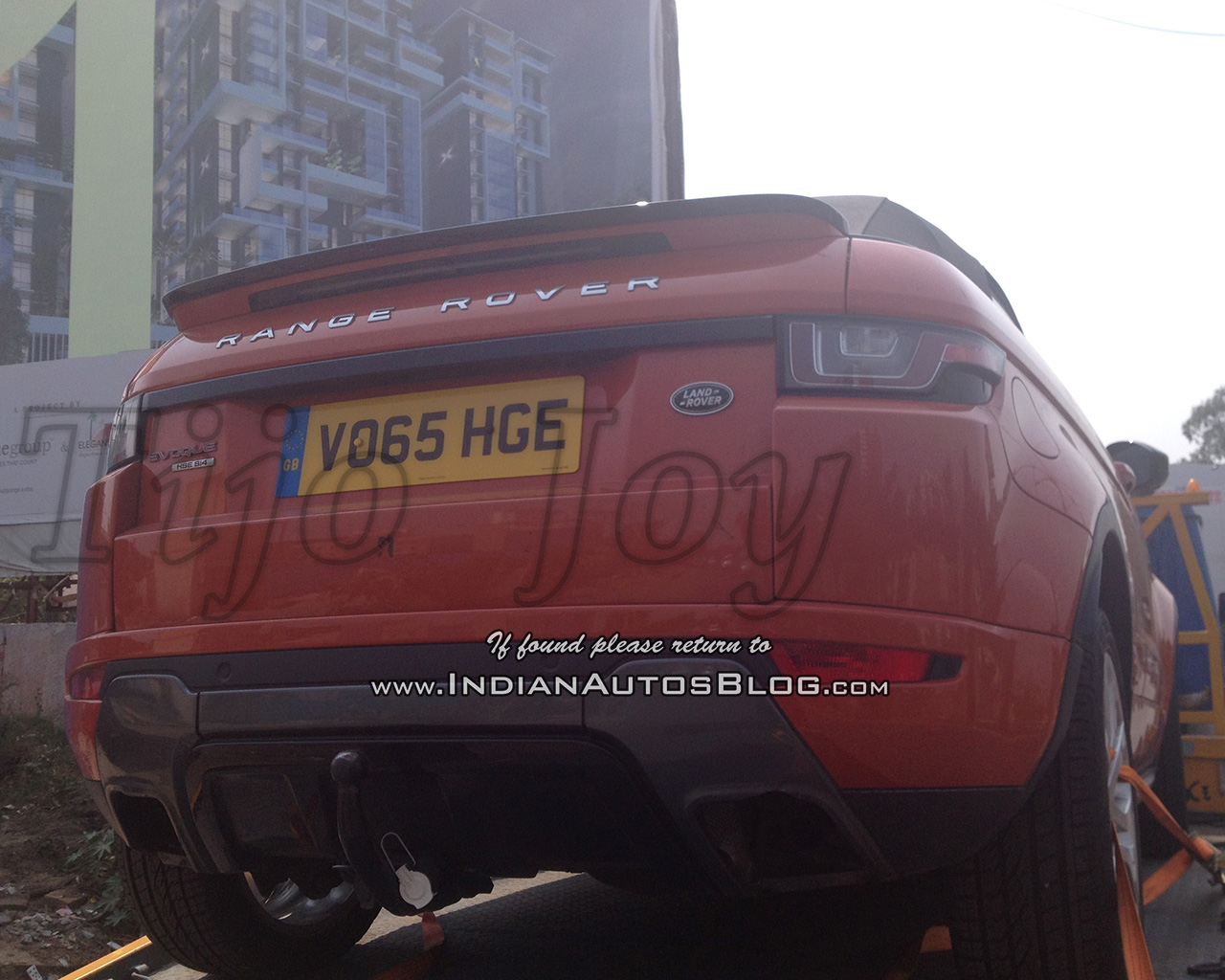 It was earlier believed that the Convertible trim of the Evoque would come only in the top two trims. Now, according to reports, only the top trim known as HSE Dynamic would be available for the convertible. The said variant is powered by the same 2.0 litre Si4 engine. This engine enables the SUV to sprint from naught to 100 km/ph in 8.6 seconds apart from the fact that it has a top speed of 209 km/ph.

Claimed to be the world’s most capable all-terrain convertible by Land Rover, this soft top variant of the Evoque will come equipped with an automated roof that would that is said to retract and rise in 18 seconds and 21 seconds respectively. This feature will function till speeds of 50 km/ph. 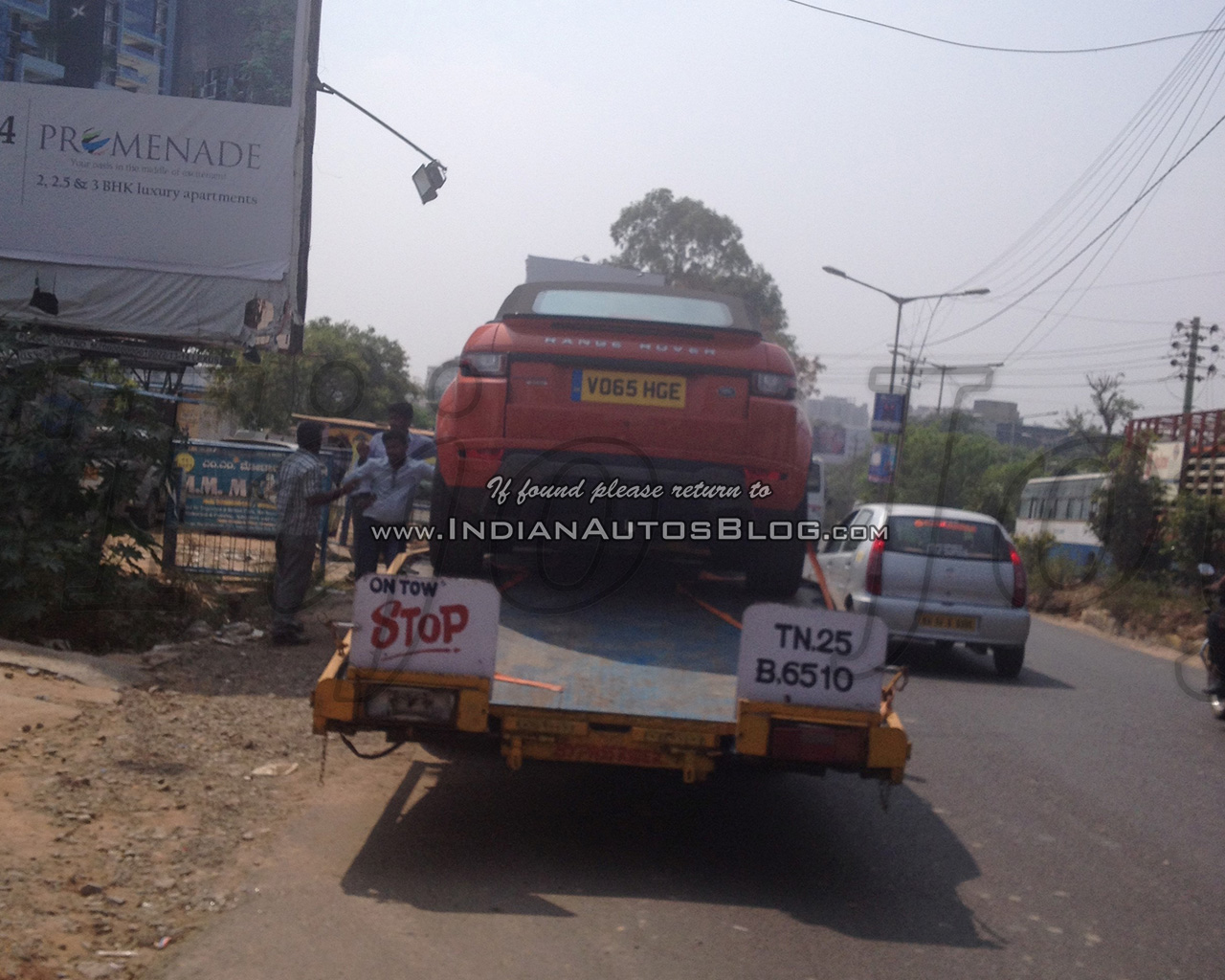 Other features the Evoque convertible is said to come with would be a new 10.2 inch touch-screen InControl Touch Pro infotainment system with smartphone integration and a roll over protection device that features roll over bars hidden in the body-work.

The Evoque convertible is manufactured at the company’s plant in Halewood, U.K.  The SUV is said to arrive in India through the CBU route and will command a premium over the standard Evoque that retails at a price of 50.5 lakhs