Even as avid Pulsar fans await the launch of the NS150 in India, Bajaj Auto has already started the exports of this naked street bike to eight countries worldwide. Reports suggest that 20,000 units of the NS150 have been exported to countries such as Colombia, Mexico, Peru, Ecuador, Turkey, Finland, Thailand and the U.S.

Countries where Bajaj has setup an assembly unit will receive the NS150 as a Completely Knocked Down (CKD) unit whereas the rest of the countries will get the NS150 as a Semi Knocked Down (SKD) unit. The report further added that Colombia has been the biggest market for the NS150 till date with a larger part of the exports heading towards the country which is situated in South America. The NS 150 has been available in the market from March 15th. 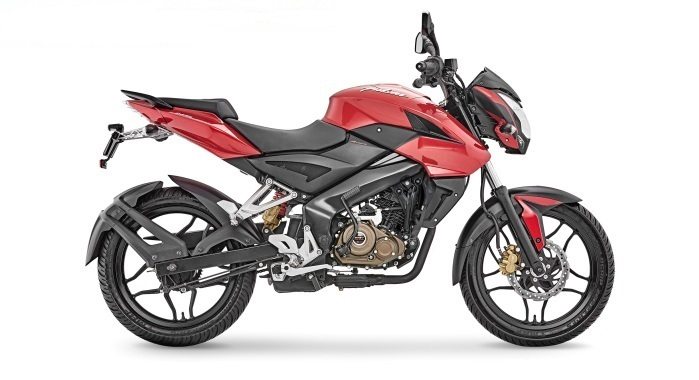 Powering the NS150 is a 149.5 cc air-cooled single-cylinder DTSi engine that produces 17 hp and 13 Nm of torque. Transmission duties are taken care of by a 5 speed transmission. Styling cues have been borrowed from the NS 200, the elder sibling to the NS150. Other features retained from the NS 200 include the mono-shock suspension, instrument cluster, etc.

Bajaj has not revealed any plans of launching the NS 150 as yet. Once launched, we expect the NS150 to come with a price tag of Rs. 75,000. Rivals to the NS 150 would include the Suzuki Gixxer, the Hero Hunk and the Hero CBZ Xtreme.