he next generation, 2017 Suzuki Swift has been leaked from a dealer conference in Europe, showing its new attire, as well as what’s underneath. It is expected to arrive in European markets from early-2017, so an Indian launch will only happen sometime after that.

Styling is all-new, yet evolutionary, and the original Swift’s strong, popular design has been inculcated with contemporary touches. The front end gets a new hexagonal grille, which is deep and fairly large, giving this Swift new-found aggression from the front. A set of new headlamps come with their U-shaped LED signature, projectors and chrome trims. The front bumper also houses massive fog lamp surrounds.

The Swift always rocked the floating roof, and this time, the design feature gets more pronounced than ever, with the upper half of the C-pillar getting blacked out. The rear door gets its handle positioned on the C-pillar, while the sides also feature new sculpting, with a wavy shoulder line that starkly contrasts with the original design’s taut shoulder line. 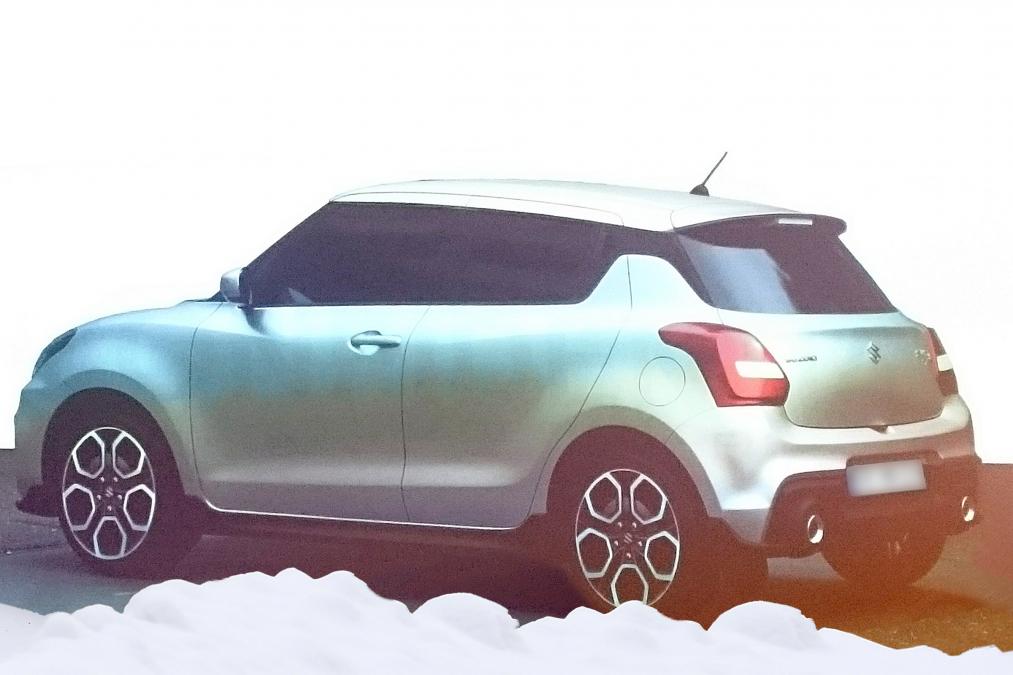 The tail lamps stay compact and familiar, but now stand out from the bodywork with their new, 3D-effect appearance. The new rear bumper sports a couple of racy exhaust tips, and some kind of a faux diffuser as well. This, however is the hotted up Swift Sport, with upgraded suspension, brakes and steering, along with the body kit. 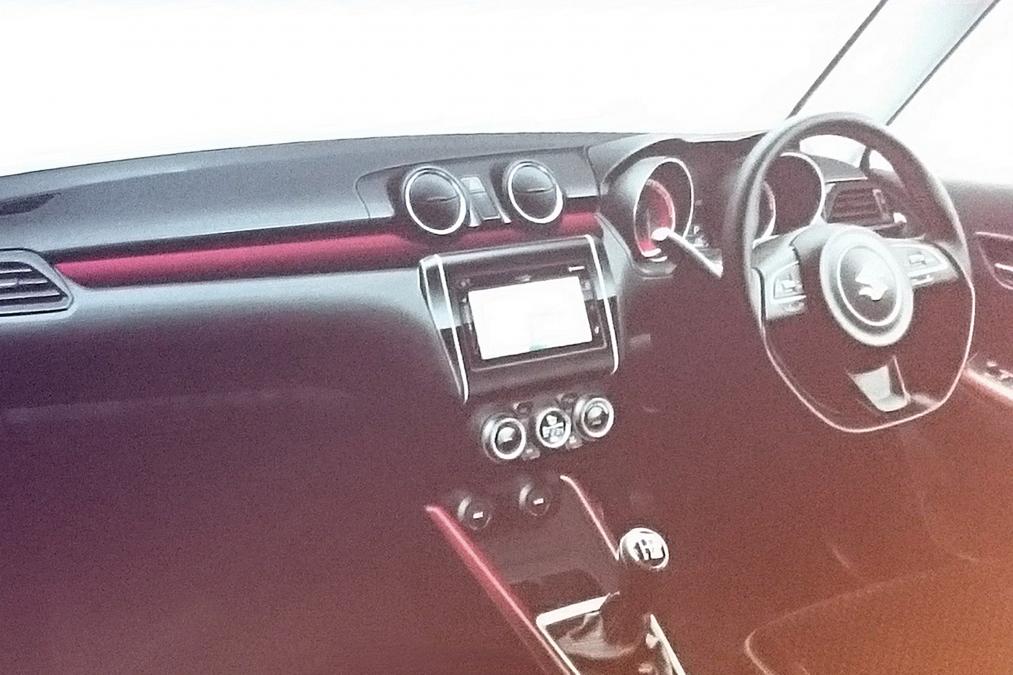 Inside, there’s an all-new dashboard that stays true to the original, but ups the ante with rotary HVAC vents, trimming in contast colour, and a brand new, flat-bottomed steering wheel. The twin-pod instrument cluster is also fresh, and the rotary knobs look decidedly premium. Expect the Indian variant to feature Maruti’s SMARTPLAY infotainment system. 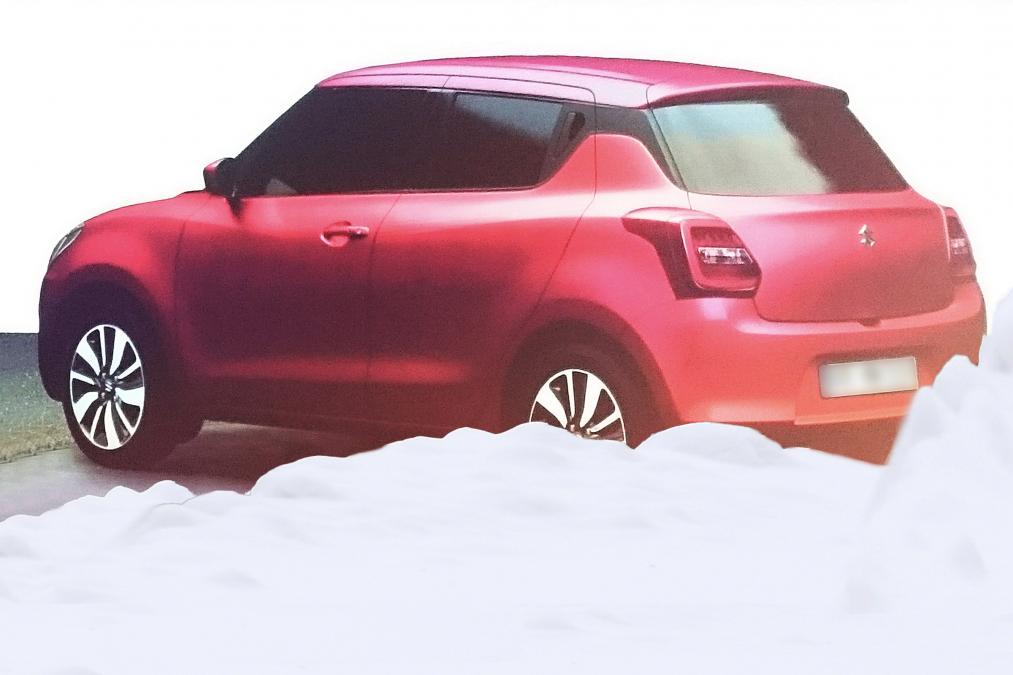 This is the Swift (non Sport) we’ll be getting; notice friendlier bumper-work and alloy wheels.

The next generation Swift will be based on the lightweight platform sourced from the Baleno. The structure promises better crash protection, with construction comprising of 41 percent of tensile steel, making it significantly lighter than the outgoing model. The next-generation Swift is expected to be powered by the 1.2-litre K-Series petrol engine in addition to the 1.0-litre Boosterjet turbo-petrol engine. As for diesel power, the new Swift could employ Suzuki’s self-developed diesel engine. Transmission choices will include the ubiquitous 5-speed manual, and an AMT.