Maruti Suzuki has officially confirmed that it will unveil its upcoming compact SUV at the 2016 Indian Auto Expo, which will be held in Noida from 5th-9th of February. India’s largest automaker also confirmed that the car will be unveiled under the moniker ‘Vitara Brezza’ (Not to be confused with Grand Vitara). Sticking to the spree of disclosures Maruti also released a teaser image of the compact SUV and announced that Brezza will be launched a couple of weeks after the 2016 Indian Auto Expo unveil. 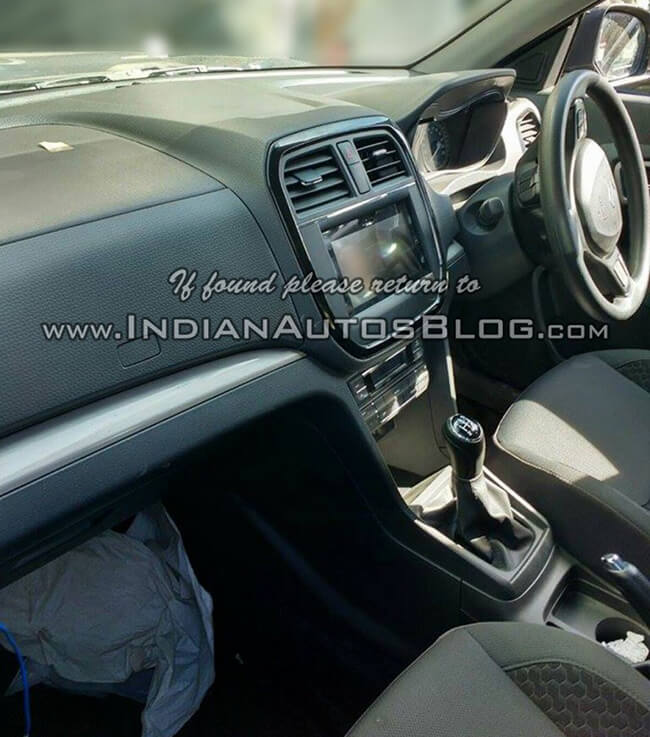 Commenting on the car’s design, the designer on behalf of Maruti Suzuki said,“Balanced proportion supported by square wheel arches, short overhangs, high ground clearance and upright hood gives the vehicle a confident stance. The raising belt and rocker lines, and the roofline that slopes down gently towards the rear give the vehicle a dynamic posture.”

He further added, “The body surfaces are natural and sculpted tastefully to create the right interplay of highlight and shadow. Instantly recognizable floating roof over the wraparound greenhouse adds to the visual drama, and makes the Brezza standout in the crowd.”

On the inside, deducing from the spyshots that surfaced online earlier, one can expect Maruti’s 7­inch SmartPlay infotainment system and Apple’s CarPlay to make their way inside the cabin. The Compact SUV will probably share its steering wheel with Baleno/Swift/ Ciaz and might come with cruise control which is seen in the comany’s S-Cross crossover.

Under the hood, Brezza might incorporate Maruti’s existing 1.2-liter and 1.4-liter petrol powerplants and in context of diesel mills the compact SUV will probably incorporate Fiat’s 1.3-liter DDiS mill. Vitara Brezza will be sold out of Maruti’s premium Nexa dealership and will be competitively priced to rival the likes of Ford’s EcoSport and Mahindra’s TUV300.